Part 3 — How Oppression Hurts Everyone 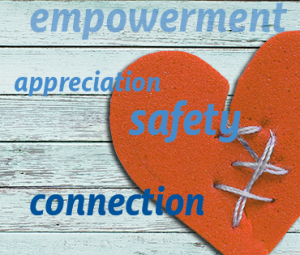 Each module page of this course will have a video, exercises, and a quiz to help you on your quest to become an ally. Please watch the following video before completing the exercises and quiz on this page.

As the video discussed, oppression hurts everyone.

Marginalization, exploitation, powerlessness, cultural domination, and violence are realities in the lives of members of oppressed groups. For dominant groups, the costs come in the form of guilt, defensiveness, fear, distancing from oppressed groups, and a broad lack of connection with and appreciation for diverse people.

Let’s take a look at how oppression specifically hurts other dominant groups.

What is racial prejudice?

Racial prejudiceNegative attitudes or feelings toward a person because of their membership to a particular racial group. These attitudes and feelings could include disdain, hatred, or simply feeling uncomfortable around or about the devalued racial group.

How is it different from racism?

Racism is a system of advantages and disadvantages based on race involving cultural messages and institutional policies and practices, as well as the beliefs and actions of individuals. It refers to having the social power to systemically enforce prejudice. For instance, in the U.S., a White person can be racist toward a person from an underrepresented racial group because White people are members of the dominant racial group in terms of power and access to resources.

People from underrepresented racial groups can have racial prejudice towards White people. However, they cannot be racist towards White people because there are still systems in place privileging White people as the dominant race. Racism is the overarching system that supports the marginalization, exploitation, powerlessness, cultural domination, and violence disproportionately experienced by people from underrepresented racial groups.

How Racism Hurts Everyone

Here is a list of how racial oppression hurts White people as well. As you read this list, pay attention to your reactions to each statement. What emotions come up for you? How do these relate to your experiences?

Based on the work of Russ Vernon-Jones, in terms of race, White People are hurt by oppression because they are likely to:

How Sexism Hurts Everyone

Just like racial oppression hurts White people, and homophobia hurts heterosexual people, sexism also hurts men, as well as women. Below are four ways that sexism specifically hurts men. As you read this list, pay attention to your reactions to each statement. What emotions come up for you? How do these relate to your experiences?

According to Erika Sanchez, sexism:

Now, please take the opportunity to reflect on the following questions about how Racism and Sexism hurt everyone:

Take this quiz to test your allyship knowledge on what you learned in this module.